Quote of the Day - From Frederick Douglass 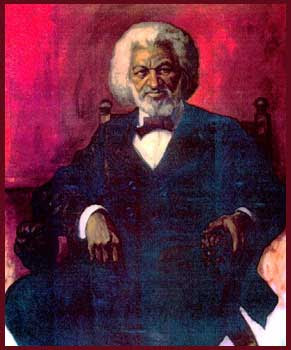 Quote from the great American, Frederick Douglass: "If there is no struggle there is no progress. Those who profess to favor freedom and deprecate agitation are men who want crops without plowing up the ground; they want rain without the thunder and lightening. They want the ocean without the awful roar of its many waters."

After escaping slavery in 1838, Douglass became the leader of the Abolitionist Movement. He was know for his dazzling oratory and his incisive anti-slavery writings. His classic autobiography, Life and Times of Frederick Douglass, is one of the best known accounts of American slavery.

In 1872, Douglass became the first black nominee for Vice President of the United States
as Victoria Woodhull's running mate on the Equal Rights Party ticket. At the 1888 Republican National convention, he became the first African American to receive a vote in a major party's roll call vote.

Douglass was a major and courageous figure in the history of America.
Posted by bbogodfrey17@gmail.com at 7:18 AM