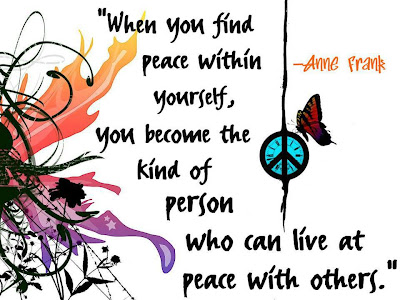 As my facebook friend John Pierce put it, "facebook has done something important and significant, especially for those of us playing the back nine of life.  It has reconnected us to family and friends in ways never imagined."  I would say further, it has exposed us, our attitudes, values, opinions, and beliefs to a wide and varied world.  Our intellectual horizons and access to information have greatly expanded and been enhanced by virtue of facebook and it's numerous posts and links.

Think of what my facebook feed looks like in the mornings.  Like many of you, I have friends who are very liberal, very conservative, Christian, non-Christian, atheist, evangelical, Republican, Democrat, apolitical, and sports fanatics.  I have friends who live in the Far-East, in America, and in Europe.  I have friends who are college professors, newspaper editors and journalists, pastors, rabbis, state senators and representatives, political pundits, authors, doctors, lawyers, school teachers, even a cool PA announcer/DJ.

I have one friend who is Chairman, Global Markets - China, for JP Morgan.  She lives in China and posts pictures of the view from her window in her Hong Kong high rise office building.  She posts pictures and other items of interest from all around Southeast Asia.

I have a friend who is a retired photojournalist.  He took the picture of Robert Kennedy just after he was shot in the Ambassador Hotel in Los Angeles in 1968 that quickly sped around the world.  He took to famous picture of Richard Nixon as he boarded the helicopter leaving the White House grounds for the last time.  He sells photos off a site linked to his facebook page.

I have the mayor as a friend, church friends, dear friends from elementary school, friends from college, friends from high school, professional friends from my work.  I have a friend from high school who was a great football player and later owned a number of textile firms in the states. Amazingly, for the past 10 years he has lived in Vietnam and headed up an international aid foundation based in old Saigon. He posts wonderful information and photographs from Vietnam.

Recently, I posted a public policy chart and graph with some accompanying comments of my own.  That post got over 55 "shares" to other facebook pages in the first 4 or 5 hours.  One of those pages had 46 "shares" of it's own of that post.  The opportunity to share information, personal analysis of information, with multitudes of people, is staggering.  The opportunity for us to impact the thoughts and views of others is astounding.

One of the joys of facebook has been the development of new friends which has resulted from mutual friendships, similar values and interests, and common roots.  I met a dentist who has a dental mission in Haiti and one in the Dominican Republic (we attended a college football game together with our wives after becoming good fb friends).  He is a great liberal Democrat and an avid Yankees fan.  I met and had lunch with an author and lecturer on Southern History, a seminary graduate who is a great liberal and family man, and a university political science professor. John Pierce, referenced in the first paragraph, a pastor and Executive Editor of "Baptist Today", came to Greensboro and attended a minor league baseball game with me.  He is an avid Braves season ticket holder, a wonderful blogger, and through common friends and interests, we met on facebook.

God created us to live in "community" with one another.  Facebook so greatly enhances that opportunity.  Sharing our values with the world is equally important.  Staying in touch with those who have impacted our lives and those we care about is critical.  Facebook is a great tool for all of this.

There likely are kids working on the next generation of facebook and social media in their garage as we speak.  I eagerly await their new version, the next level of communications.  In the meantime, I will link my thoughts and my blog about facebook.........to my facebook page.
Posted by bbogodfrey17@gmail.com at 9:06 AM No comments: 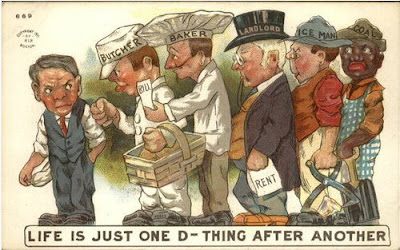 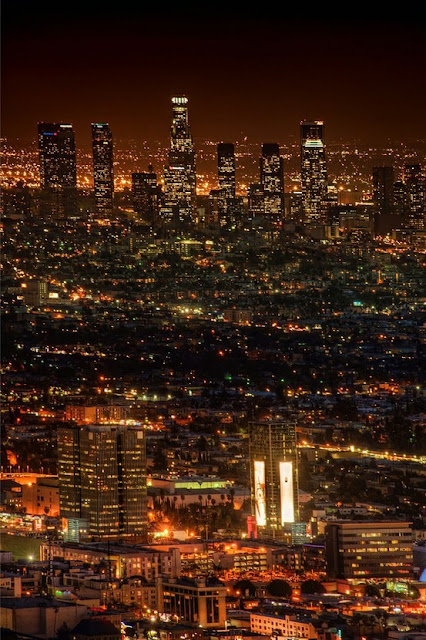 Los Angeles from Runyon Canyon
Posted by bbogodfrey17@gmail.com at 12:35 PM No comments: 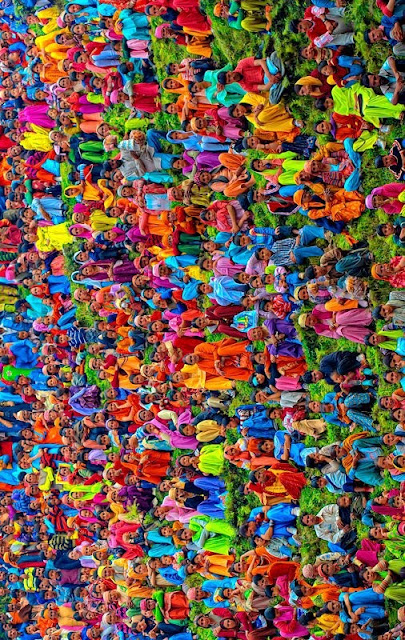 Posted by bbogodfrey17@gmail.com at 7:42 PM No comments: 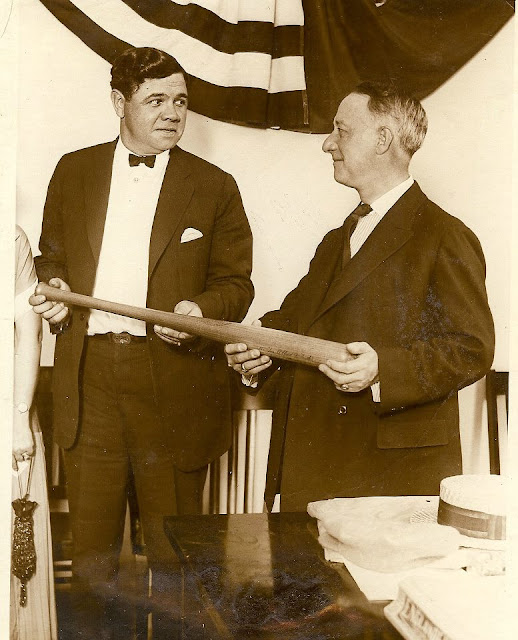 Nice shot of George Herman "Babe" Ruth and New York Governor Al Smith.  Smith, a Democrat, ran for President in 1928 against Herbert Hoover.  Ruth endorsed, and campaigned actively, for Smith, who lost to Hoover, in large part, due to his Catholic faith.
Posted by bbogodfrey17@gmail.com at 7:11 AM No comments: 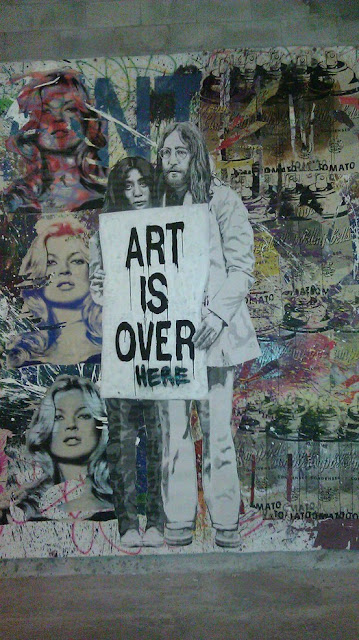 Posted by bbogodfrey17@gmail.com at 5:37 PM No comments:

Make a video - it's fun, easy and free!
www.onetruemedia.com
Posted by bbogodfrey17@gmail.com at 5:32 AM No comments:

Pictures of the Day 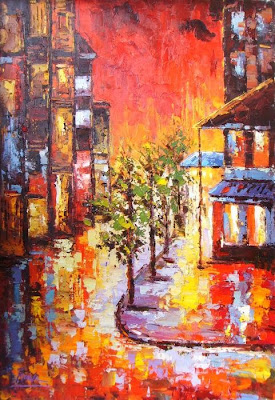 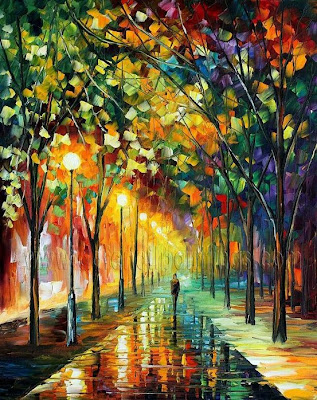 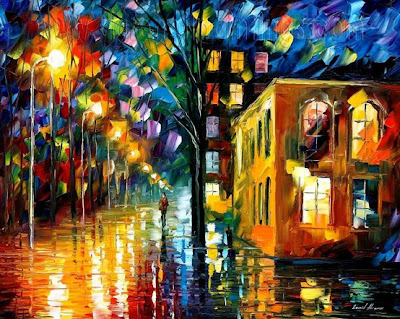 Abstract Impressionism.  Beautiful.
Posted by bbogodfrey17@gmail.com at 4:47 AM No comments: 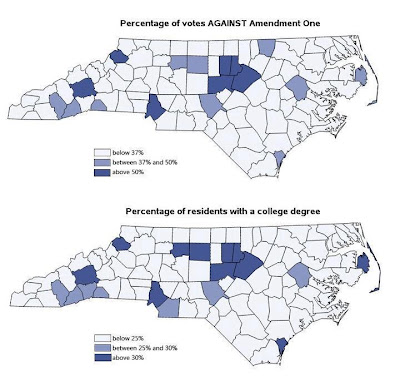 Interesting graphic as attitudes toward the issue of same sex marriage continue to evolve in America.  Amendment One was the constitutional amendment referendum on the ballot in NC on May 8 to ban same sex marrige and legal recognition of all domestic partnerships in NC.  Percentage of population with college degrees and votes against the amendment track very closely.
Posted by bbogodfrey17@gmail.com at 4:40 AM No comments: 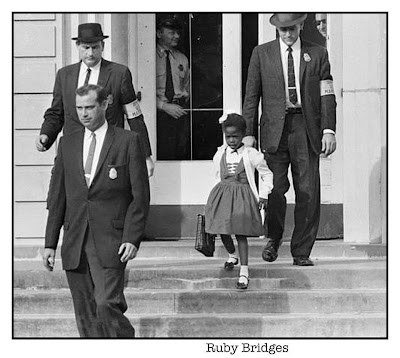 This is a picture of little Ruby Bridges on her first school day as she is accompanied by U. S. Marshall's while leaving a Little Rock elementary school which she desegregated in 1957.  A brave little girl.  On the day after the adoption of Amendment One in North Carolina, I can't help but reflect on struggles by groups of people throughout American history seeking an equal and just place in our society.
Posted by bbogodfrey17@gmail.com at 10:16 AM No comments: 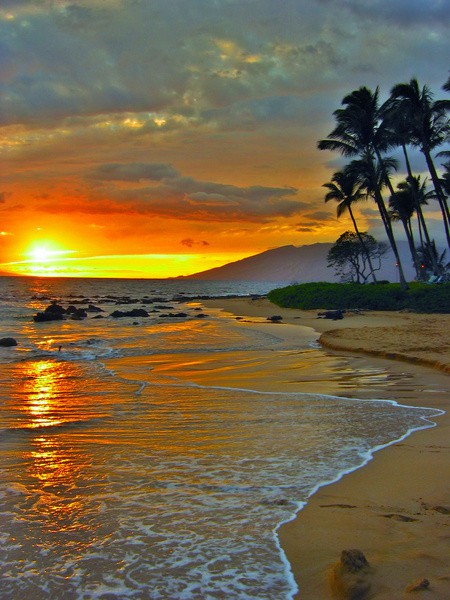 The island of Maui, Hawaii.
Posted by bbogodfrey17@gmail.com at 7:32 PM No comments:

Amendment One - Polls Indicating Another Temporary Setback for Justice

First, 19th Century Unitarian minister Theodore Parker said it in his 1853 sermon "Justice and the Conscience", then Dr. Martin Luther King said it, and then Barack Obama expounded upon it. ........"the arc of the moral universe bends towards justice."  Recent polling analysis by the New York Times  indicates that the proponents of Amendment One will likely prevail.  This will be a setback for the cause of justice, but if history is any indication, and it most assuredly always is, it will be only a temporary setback for justice.

Opponents of the discriminatory amendment should be disappointed but not disheartened if the misguided amendment to deny basic civil and human rights passes.  Just as with woman's suffrage and with civil rights for African Americans, it took many decades for justice to prevail.  This amendment, as one friend implied, is a last gasp by the same ideology and same segment of society which denied woman their rights and denied civil rights to blacks for so long.  It is a one last ditch effort to deny basic human rights to yet another segment of the population.  That some use Holy Scripture for the basis of their bigotry is most disturbing, but it is the same tactic used by so many to deny women's rights and civil rights to black Americans.

So much has been written and said about this abhorrent and ill-conceived amendment that I will just leave you with this statement by my creative, thoughtful, and good friend Jim Scott on the subject:


“We’ve come a long way. 50 years ago, our state’s voters were asked to support the notion that the purpose of our constitution was to deny rights, not to defend them; to separate rather than unite; to parse into equal and not-so-equal, gauged not by who we are, but by what. Today, that sort of legalized inequity seems not only unjust, but incomprehensible. How could we simultaneously honor the words of our state's founding documents and also demand to change them? Were the self-evident truths of our nation’s independence, that all are created equal and endowed by their Creator with certain unalienable rights, not so self-evident, after all? If so, how could the Founders forge such a great Republic from such a flawed premise? If not, why were we trying to redefine their impression of Providence as it applied to our state? How could those entrusted with our democracy ever believe it best exercised by entitling the Many to indelibly cloak fairness from the Few? Those days are behind us, and that’s a good thing. Because today is one fine day in the fine state of North Carolina. And I’m glad I’ve lived to see it.” ---- From the future Jim Scott, May 8, 2062, on the 50th anniversary of the defeat of Amendment One.

We can only hope, Jim, but if bigotry's head arises once again on May 8, based on the reliable history of a good and fair America, just as in the past, it will most assuredly only be temporary.
Posted by bbogodfrey17@gmail.com at 1:58 PM No comments: 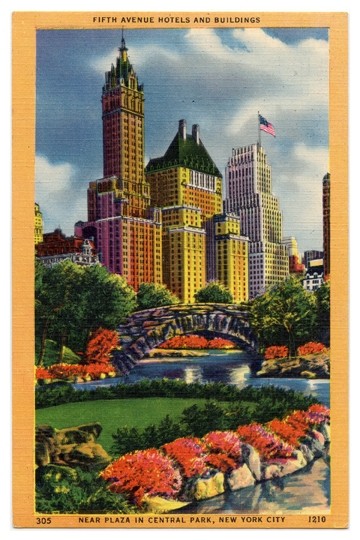 Posted by bbogodfrey17@gmail.com at 9:51 AM No comments: 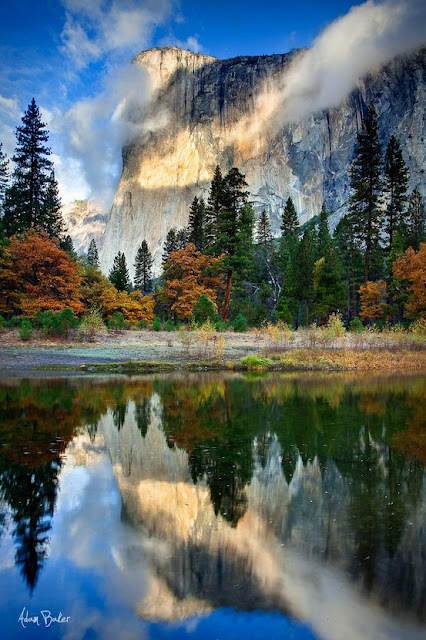 Posted by bbogodfrey17@gmail.com at 10:06 AM No comments: