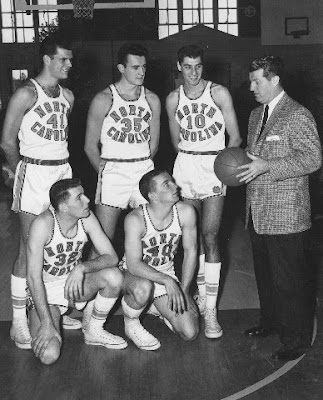 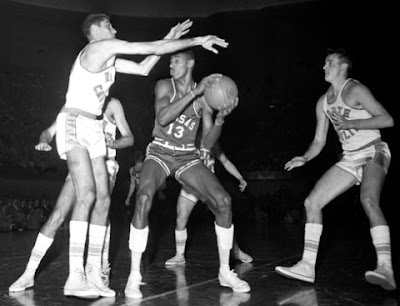 The top photo is the starting line-up of the 1957 UNC National Championship team. The team finished 32-0. The starting lineup pictured above: Coach Frank McGuire, Lennie Rosenbluth, Pete Brennan, Tommy Kearn, Joe Quigg, and Bob Cunningham.
The championship game was played in Kansas against the Jayhawks. Their center was none other than 7'2" Wilt "The Stilt" Chamberlain (pictured above). The game was televised. I was 9 years old but I remember it well. I think everybody in NC watched it! Nice memory. Great team.