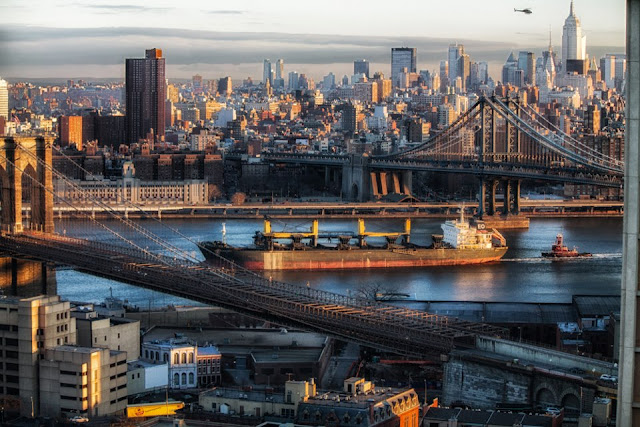 Just after sunrise looking toward Manhatten.
Posted by bbogodfrey17@gmail.com at 6:16 PM No comments:

Early Treatment of Blacks in Baseball a Shame 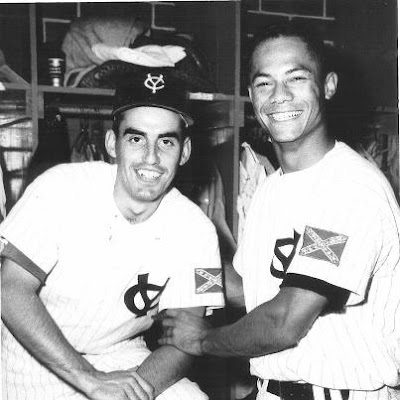 Fitting that it be Easter Sunday, a day signaling 'the best is yet to come', a day symbolizing redemption itself, that I reflect on a stain on the game I love.  "God forgive us", is the comment and observation my baseball friend, John Pierce, uses as he reflects on it.  John is Executive Editor of 'Baptists Today', an ordained moderate Baptist pastor from Macon, and a Braves season ticket holder.
He and I are referring to what African American and Latin baseball players went through during the early years after the color barrier was broken by Jackie Robinson.  I have heard stories all my life about it, especially from my friend, the great major league manager, Jack McKeon, an 83-year pioneer of advocating for, working with, and respecting players of color.  So many of us have read about and seen copies of death threat letters sent to Hank Aaron as he approached Ruth's home run record.
McKeon talks of his minor league black players having to remain on the bus as his teams had meals in all-white restaurants, of them having to sleep on the bus when confronted with all-white motels.  Related, I am remained of Wilt Browning's wonderfully poignant story of spending time alone with Hank Aaron on the team bus after Hank's dear friend, Martin Luther King, was killed.  It was normal for black players in the early days to endure racial slurs and indignations of all types.  Related, black fans sat in a segregated section of the minor league stadium in my hometown,
Above is a photographic illustration of the point.  It is a picture of my friend Ike Futch, on the left, with early African American New York Yankee Roy White.  They both had played for my hometown Greensboro Yankees two years early.  They are pictured above in 1964 in their Columbus (Ga.) Confederate Yankees (their nickname, if you can believe it) uniforms.  Columbus was a Yankees Class AA farm team in the Southern League.  The black players had to endure wearing confederate flags on their uniform shirt sleeves, as you can see in the picture.
I look forward to the release of the movie "42" on April 12, the story of the great Jackie Robinson.  It is amazing to reflect on the extent to which society can be on the wrong side of history.  I'm with Rev. Pierce....."God Forgive Us."     ﻿

Posted by bbogodfrey17@gmail.com at 11:51 AM No comments: 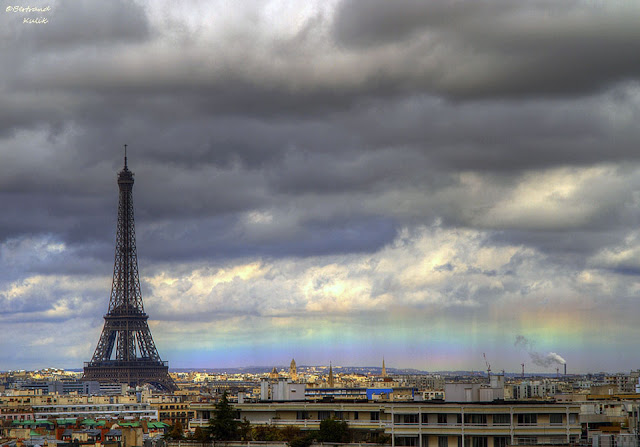 Breathtaking picture of horizontal rainbow over Paris.
Posted by bbogodfrey17@gmail.com at 7:57 AM No comments: 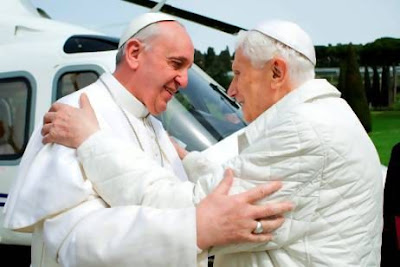 A very historic photo here of new Pope Francis and Pope Emeritus Benedict XVI embracing after  a luncheon in Rome on Saturday.  As Christian Holy Week begins, all Christians are more hopeful for a more responsive Church to better meet the needs of a 21st century world and that a new Pope will lift the Body of Christ, the Christian church, to a deeper commitment.
Posted by bbogodfrey17@gmail.com at 8:17 AM No comments: 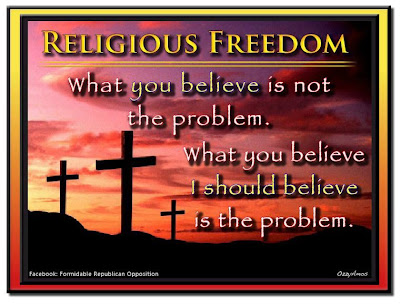 Posted by bbogodfrey17@gmail.com at 3:45 PM No comments: 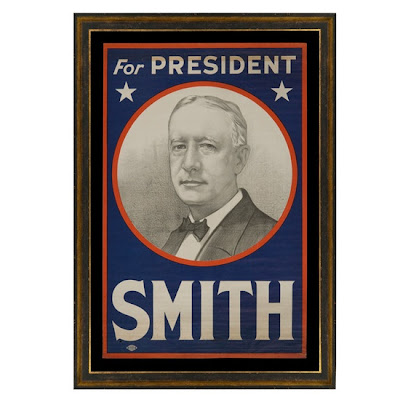 Rare Photograph of Five U. S. Presidents and First Ladies

The highest number of US Presidents alive at the same time has been six. This has occurred twice.
Until the death of Nixon on April 22, 1994, Presidents Nixon, Ford, Carter, Reagan, G.H.W. Bush and Clinton were alive. President Nixon passed in 1994, leaving five. The five and their wives are pictured above at President Nixon's funeral.

The number increased to six again with the inauguration of President G.W. Bush in 2001, until President Reagan's death in 2004.

Posted by bbogodfrey17@gmail.com at 1:31 PM No comments: 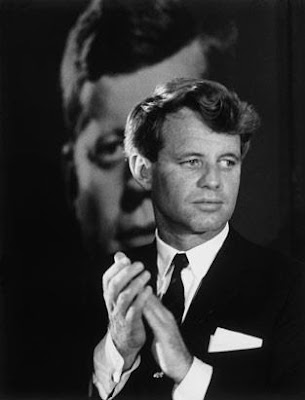 "All great questions must be raised by great voices, and the greatest voice is the voice of the people-speaking out-in prose, or painting or poetry or music; speaking out-in homes and halls, streets and farms, courts and cafes- let that voice speak and the stillness you hear will be the gratitude of mankind."
― Robert F. Kennedy
Posted by bbogodfrey17@gmail.com at 2:47 PM No comments:

Great quote:
"Now and then it's good to pause in our pursuit of happiness and just be happy." 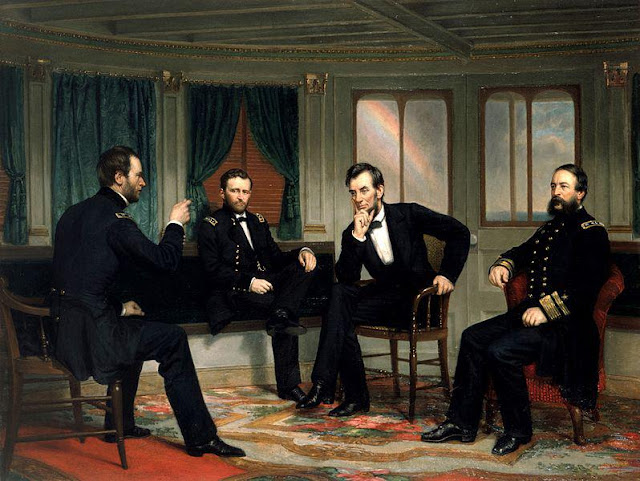 The painting above is called "The Peacemakers" and it shows Sherman, Grant, Lincoln, and Porter aboard the River Queen off of City Point, Virginia (Petersburg Campaign).  Just a wonderful Civil War image.
Posted by bbogodfrey17@gmail.com at 8:39 AM 1 comment: 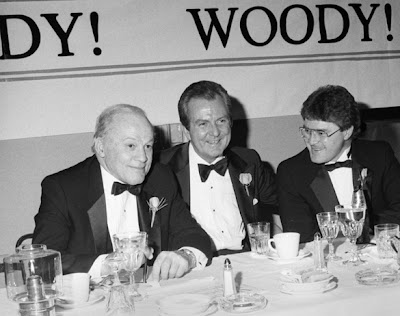 On the eve of the 2013 Atlantic Coast Conference Basketball tournament here in my hometown, I post a great shot of three great UNC-CH icons.  No, it is not a basketball related photo, but it should act to get my Carolina friends excited about pulling for a great, storied athletic program during an exciting March weekend.

The ACC Tourney is wonderful for the City of Greensboro.  I will be in the thick of the activity tomorrow volunteering at the ACC Hall of Champions at the Coliseum.  It should be a great weekend and tourney, and win or lose, the Tar Heel tradition represented by those pictured above will be apparent all over town.  Here's to a great tournament weekend in a great city!
Posted by bbogodfrey17@gmail.com at 7:41 PM No comments: 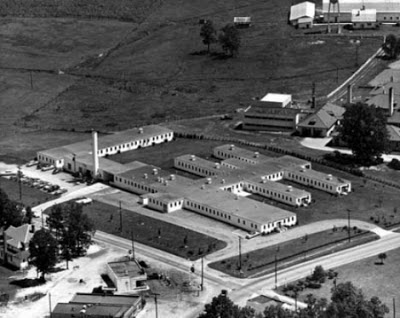 ﻿The Central Carolina Convalescent Hospital ("The Polio Hospital") opened on Oct. 11, 1948 on land donated by Guilford County at the intersection of Bessemer Avenue and Huffine Mill Road in Greensboro, NC. It had been site of the World War II Overseas Replacement Depot (ORD) recreation buildings. In the 1962, the complex housed hundreds of jailed A&T college student demonstrators, including Jesse Jackson, who was President of the Student Body. It would later become a nursing home. It is very historic and storied Greensboro property.

I have many childhood memories of this difficult time and of the polio epidemic.  ﻿From one oral history account: "Pools, playgrounds and recreation centers closed, and soon children under the age of 16 were discouraged from patronizing movie theaters. Churches canceled Sunday school classes and Bible lessons were taught over the radio. Planes sprayed DDT in the streets of Greensboro in the belief that polio might be spread by flies, according to several accounts. While many children remained shut inside, others like 15-year-old Peter Vanstory, son of a former mayor and future bank executive, went to the South Carolina coast for the summer to escape the epidemic."

Racial segregation was temporarily set aside to provide emergency care to the afflicted and stay the contagion. While healthcare facilities in Greensboro would remain officially segregated for another 15 years, white and black patients shared wards, and nurses of both races worked side by side to treat the sick during the polio epidemic. The Piedmont of NC was one of the hardest hit areas in the nation during the epidemic.

In addition to the Polio Hospital, on this same historic property stood a "County Home" for the indigent.  Bessemer High School used the complex for overflow students at one point.  There is a tremendous amount of history at this property.  I intend to encourage a couple of my serious journalist friends to research and do a more indepth piece on this Greensboro landmark, an important part of our past.

Just wonderful.
Posted by bbogodfrey17@gmail.com at 7:33 PM No comments: 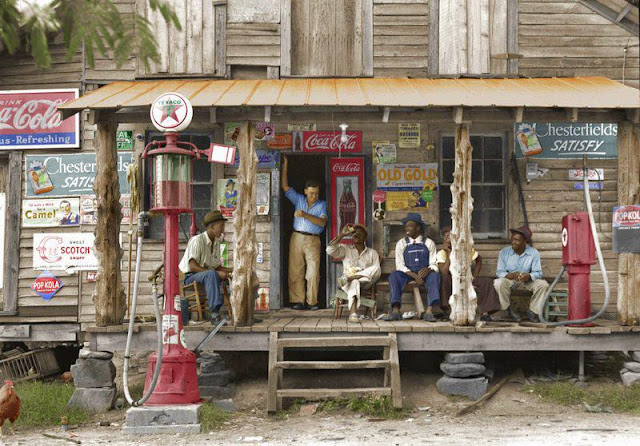 Wonderfully colorized, old, vintage photo of that country store we have all passed.........but not lately.
Posted by bbogodfrey17@gmail.com at 6:30 PM 2 comments: 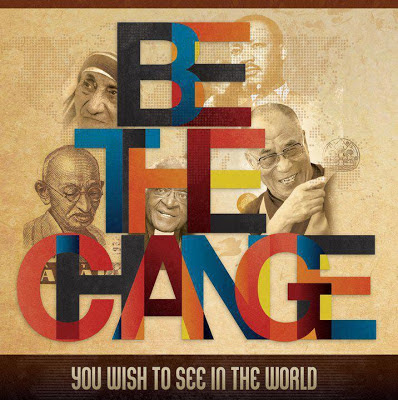 Posted by bbogodfrey17@gmail.com at 2:51 PM No comments: 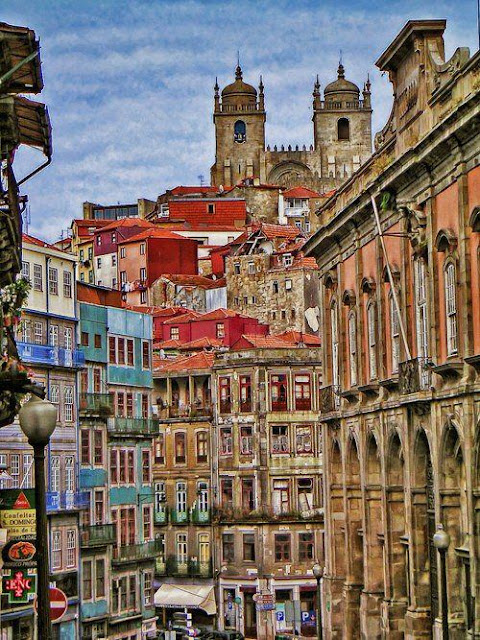 I love buildings, architecture, and color.  All three are captured nicely here in Porto, Portugal.
Posted by bbogodfrey17@gmail.com at 1:37 PM No comments:

What a grand, grand day in Yankee history, in baseball history, in sports history, in the history of American popular culture.  Just way too much.  As a huge Mickey Mantle fan, not a dry eye here.  Believe it or not, my son Rob (who sent me this video) and I, were at Yankee Stadium the day Mantle died, August 14, 1995.  That's a story for another day.
Posted by bbogodfrey17@gmail.com at 7:08 PM No comments: 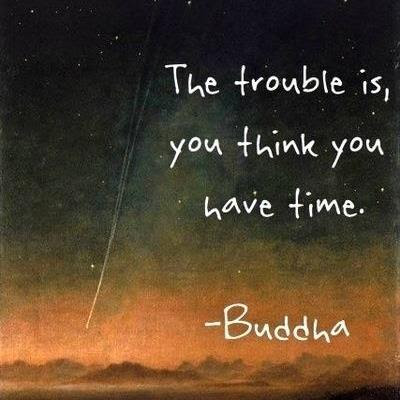 Posted by bbogodfrey17@gmail.com at 8:36 PM No comments: 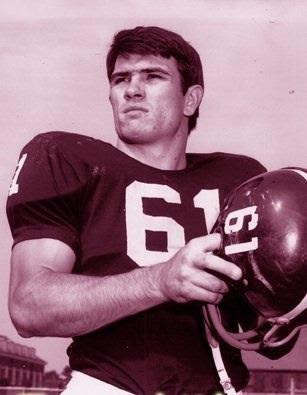 This is very cool.  Tommy Lee Jones is one of my favorite actors.  I did not realize he played football.  (Of course, playing at Harvard is almost like not playing). LOL!  He was an All-Ivy player and he was at Harvard during my era in college. This picture was taken in 1968.  I played baseball in the Cape Cod League in 1968.  Tommy Lee and I may have frequented some of the same pubs at the same time in Boston and on Cape Cod!  'How about "Your Father's Mustache", Tommy Lee?!'  My favorite!

Tommy Lee was also Al Gore's roommate while at Harvard.  He continues to have a stellar Hollywood career.  I especially liked him in JFK and Lincoln.

(Update:  I have a brilliant retired sports journalist /sports historian friend who added the following: "If I'm not mistaken, he played in the storied 29-29 come-from-behind tie against a heavily favored Yale team featuring Calvin Hill and QB Brian Dowling (of Doonesbury fame). It's probably one of the three most notable ties in college football history (ND-Army 0-0 in '45 when Johnny Lujack tackled Doc Blanchard in the open field and ND-Michigan State 10-10 in '66 "Game of the Century".)"
Posted by bbogodfrey17@gmail.com at 7:29 PM No comments: