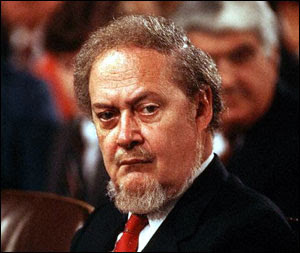 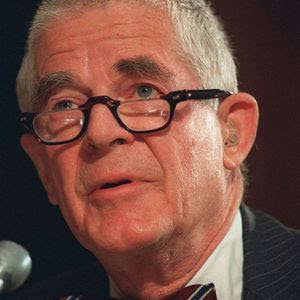 For me, one of the most intriguing and amazing bits of contemporary American history is the "Saturday Night Massacre" during Watergate.
To briefly summarize, it was brought to light by Alexander Butterfield's testimony before the Senate Watergate Committee that there was a taping system in the White House that taped all conversations in the Oval Office. Crucial conversations between White House Counsel John Dean and the President had taken place regarding the Watergate coverup, conversations which were taped.
Watergate special Prosecutor Archibald Cox, renowned Attorney and Harvard Law Professor, was appointed by the White House to investigate Watergate. Cox subpoenaed the tapes when their existence was revealed. Nixon refused to turn them over, siting Executive Privilege. He told Cox to drop his subpoena. Cox refused.
Nixon's loyal Attorney General John Mitchell had resigned and would later be sentenced to prison for conspiracy, perjury, obstruction of justice. On Saturday night, October 20, 1973, Nixon ordered then Attorney General Elliot Richardson to fire Archibald Cox for his refusal to drop his subpoena. Richardson refused. He resigned as Attorney General. Nixon then ordered Deputy Attorney General William Ruckelshaus to fire Cox. Ruckelshaus refused. He also resigned from the Justice Department. The number three man in the Justice Department was Robert Bork. Bork fired Cox. Quite a Saturday night.
In Bork's defense, some say that Bork had to be persuaded to fire Cox, and he did so, partly, as to not bring further damage to the Justice Department at a crucial time in history. Leon Jaworski was appointed Special prosecutor to replace Cox. He continued to demand the tapes. Nixon agreed to release transcripts of large portions of the tapes. The transcripts he released contained the infamous 18 and one half minute gap. He rest is history.
It is amazing how orderly America came through Watergate. We were very close to the brink of disaster. Martial Law was a real option for the White House. On the tapes at one point, Nixon tells John Dean, "They have the Marshalls. I have the Army." Nixon became very dangerous to the nation, and to himself. Only a great and strong people, and strong system, could have withstood Watergate. America prevailed.
The "Saturday Night Massacre" is quite a piece of American history. Above, Archibald Cox is pictured on the left, and Robert Bork on the right.
Posted by bbogodfrey17@gmail.com at 11:13 AM