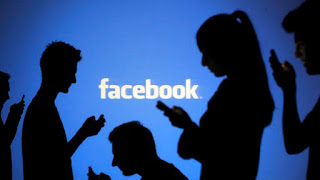 I read a thought provoking, albeit a little over the top, reaction to the impact of social media, particularly Facebook. It was by The Atlantic's technology writer, Adrienne LaFrance, and called  https://www.theatlantic.com/technology/archive/2020/12/facebook-doomsday-machine/617384/.

LaFrance first insists on comparing today's social media platforms (not only Facebook, but YouTube and Google as well) to an apocalyptic doomsday machine called "megadeath." Really? She seems, in my view, to be hell bent on controlling the free flow of information and with controlling these prominent, 21st century internet communication platforms. Hmmm. Who's being more dangerous here?

She states that, "Facebook has become a borderless nation-state with a population of users as big as China and India combined, governed by secret algorithms." That is an intriguing thought. I am pleased to be a citizen in such a nation-state.

Related, interestingly, Hillary Clinton opined, "talking with Mark Zuckerberg feels like negotiating with the authoritarian head of a foreign state. This is a global company that has huge influence in ways that we are only beginning to understand." I certainly do not doubt that to be the case. There are currently 2.7 billion monthly users of Facebook. As an age 70-pluser, to be able to interact with people around the world about issues of common concern and interest on a daily basis is a gift beyond description.

LaFrance further states, "As the age of reason was, in part, a reaction to the existence of the printing press, we need a new philosophical, moral framework for living with the social web, a new Enlightenment for the information age, a philosophy of personal responsibility." Social media technology has certainly gotten far out in front our ability to think through all it's implications. More useful and appropriate adaption to this media format will require bright, responsible, concerned individuals involved with the technology, not shunning it and wanting to eliminate it.

Reason and responsibility will prevail, as it has over the centuries, as we have moved from one medium of communication to another, as long as reasonable, responsible people stay engaged. No doubt we need bright people to build alternatives to Facebook and other current social media platforms and to improve those which exist. What we don't need is a politburo of technology, self-annotated guardians of proper culture as they interpret it, dictating and censuring information and communication methods and formats.

Posted by bbogodfrey17@gmail.com at 10:25 AM No comments: 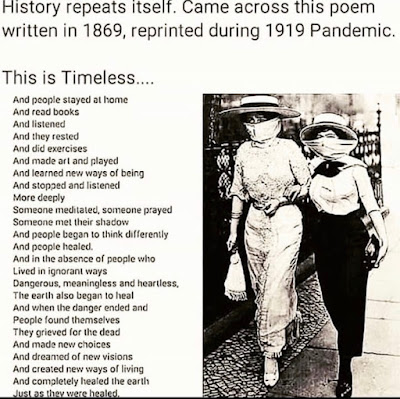 Posted by bbogodfrey17@gmail.com at 12:37 PM No comments:

A Moment During the 21st Century Coronavirus Worldwide Pandemic 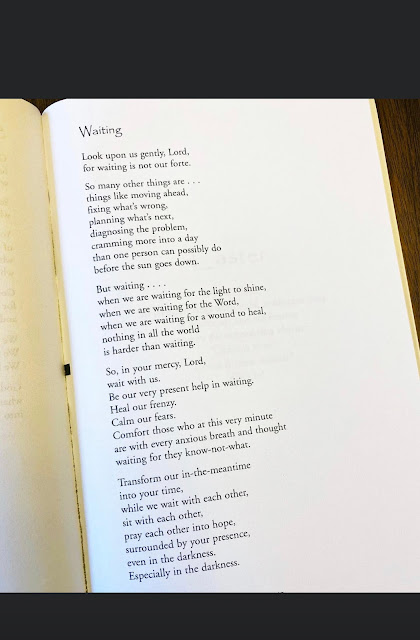 As I sit by a second floor window overlooking a cloudy, misty, overcast and cool day, reading of the European build up to WWII, surrounded by my 19th and 20th century historical artifacts, quarantined and sequestered due to a 21st century worldwide pandemic, I’m reflective, meditative, prayerful.
Posted by bbogodfrey17@gmail.com at 7:32 AM No comments: 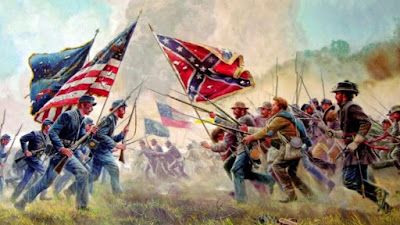 Much is being said and written today about the American Civil War, especially as it relates to monuments, the reason for the war, the flag, and Robert E. Lee's dilemma. I think this (a comment in a Facebook thread related to Robert E Lee) is an excellent, accurate, concise statement on the issue of Lee’s dilemma, and that of many, at the onset of the Civil War. I could not agree with it more. Obviously, it is oversimplified and understated, but it gets at, succinctly, the origin of the issue related to the war and Lee.

“The commonly held concept of what constituted the United States of America was much more wide ranging in 1860 than today.  Many Americans felt their first loyalty was to their State and not to the Federal government in Washington.  Lee was offered command of the Union Army but he resigned his commission and stood with Virginia.  Lee’s father fought in the Revolution, and many believed that war was a confederation of individual states against the Crown. In 1860, many Americans saw the coming conflict in the same terms. President Lincoln’s overriding goal was to preserve the Union. The conflict followed.  Lee felt he had done as his duty dictated, as did many others on both sides.  The war settled the issue of whether the country was one nation, or a confederation of semi-independent states.  In the passion of the times, Lincoln was hated by many, and so was Lee.  I consider both to be great Americans.”

This statement is reconciling. It is consensus building. It reflects a reasonable and accurate approach to the issue of Lee's dilemma and the war. I learned from it.
Posted by bbogodfrey17@gmail.com at 11:34 AM No comments:

Friend Bill Sharpe, 'We Knew He Was a Christian..... 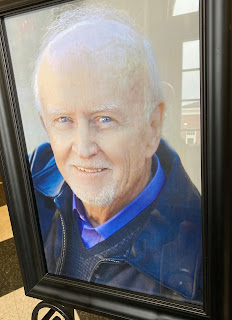 Today I was honored to attend the Celebration of Life for friend Bill Sharpe on the campus of Elon University.  It was held in historic Whitley Auditorium where Bill held many chapel and counseling sessions as Elon chaplain and where I attended many mandatory chapels as a college student at Elon in the late 1960s.

Bill was such an accomplished, delightful, cool person, one of those 'forever age 50' people. Bill was a Duke undergraduate, Duke Divinity School graduate, a pastor, a college chaplain, and college administrator,. He had a love for the theater, he wrote plays, and he wrote poetry. He loved sports and was active in the NC Senior Games. He had a beautiful wife of 60 years, 3 beautiful daughters, and 7 grandchildren, one of whom was Atlantic Coast Conference Golf Champion in 2016 and is now a golf professional.

Bill's life was characterized by inclusion, social justice, and an open-mindedness to the world and God's possibilities in it.  He participated in the Durham civil rights sit-ins in the early 1960s as a Duke student and later served on a community race relations committee. He heard Martin Luther King preach in 1960 and was moved and inspired by it. He opened his heart to gays and lesbians as early as the 1970s.  He once told me the story of, as a teenager,  thumbing from his small eastern NC hometown, with a buddy, to the 1952 Democratic convention in Chicago and hearing Harry Truman's give his Farewell Address.  His life of activism, accomplishment, and adventure amazes and inspires me.

Most of all, Bill's life was characterized by his deep love of God  and commitment to his faith. Bill lived fully into the story of Jesus. He was faithful to God's gifts to him. He touched many lives with his kindness, his humor, his intellect, and his love. He lived life fully. Bill wrote the prologue to the celebration of his life. It was beautiful and moving. He reminded us, among many favorite, meaningful passages, of John 13: 35 ….'they'll know we are Christians by our love for one another….'

Patrick Murphy, Pastor at Front Street United Methodist Church in Burlington, read Jesus' Sermon on the Mount (Matthew 5:7) from the Message Version of the Bible.  Please read that version.  He also prayed the beautiful Gaelic Blessing, "Deep Peace", which I had never heard and which was a favorite of Bill's:

I am so grateful I got to know Bill Sharpe. It reinforces to me how many wonderful people there are in the world...…….. some of whom we are fortunate and blessed that God sends our way.
Posted by bbogodfrey17@gmail.com at 1:41 PM No comments:

Liberals Need Fresh Ideas; National Conservatism Is On the Move

Conventional politics is at it's end. It's pretty easy to sense that. This past weekend the National Conservatism Conference met in Washington, DC. The press basically missed it. They were busy bloviating over the disaster in the White House, Donald Trump, and his destructive tweets.

These are national hawks who met. They are concerned with (as they see it), among other things, the post-cold war order of weak borders and straitjacketed free trade ideology and policies.

Among speakers who were there was the star of TVs top-rated cable news show (Tucker Carlson), the Trump administration's national security advisor John Bolton, Silicon Valley billionaire Peter Theil, the rapidly rising senator Josh Hawley, and the best selling author J. D. Vance (Hillbilly Elegy). Those were the marque names, but the rest of the speakers, and many of the attendees as well, were just as notable, if not as well known.

Their primary focus, according the Daniel McCarthy, author of this piece on the event, seemed to be:

1) Striking at laws and cultural assumptions that permit tech companies to amass wealth and power.


2) Striking at the bastions of liberal ideology in higher education.


3) Supporting American industry for the sake of workers as well as national security.


4) Adopting a more restrained foreign policy than the US has seen since the end of the Cold War.

McCarthy says, "The mystique of policy in Washington is a religion, but real policies are not the result of blueprints or manifestos, they are the product of talent applied to circumstance. What was different about this was that these were people who specialize in opening new fronts in ideological conflict."


The right doesn't have demographics on their side going forward, nor the moral high ground in my view, but they appear to have ideas which are crystallizing. The left of center folks better come up with a fresh view of the new world in which we find ourselves, and a direction for it. Freshening up stale, old New Deal ideas and policies in the year 2020, will not cut it. National Conservatives appear galvanized and inspired. This could be the beginnings of a new conservative intellectual movement, paradoxically, with Donald Trump as it's leader.

Senior Chief, US Navy, Irvin A. Godfrey and the USS Missouri 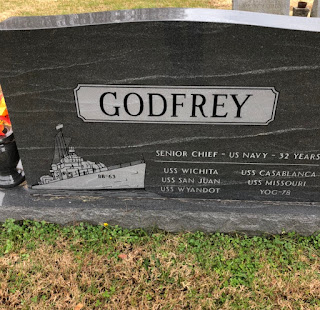 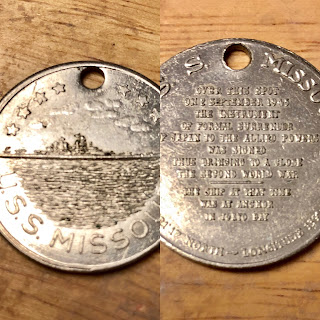 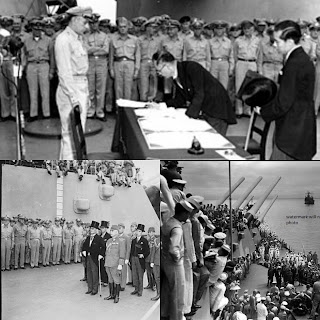 I found the above pictured medallion that my late Uncle, Senior Chief, US Navy, Irvin A. Godfrey, received (as did all aboard), and gave to me long ago, in commemoration of being aboard the USS Missouri when General Douglas MacArthur boarded the ship for the formal signing of the Instrument of Surrender by the Japanese Government, formally ending WWII, Tokyo Bay, Sept 2, 1945. Here read an account (Click here) of the ceremony and events leading up to it, and General MacArthur's famous, short, historic speech that ended World War II.

There is a great old Native American proverb which I love. It, basically says, we stand in the center of six generations, three generations that came before us, parents, grandparents, and great grandparents, and three generations which are coming after us, children, grandchildren, and great grandchildren. And all that we do and that we say should serve to honor the past generations, and teach the generations coming after us.  I believe this bit of history will serve to do just that.
Posted by bbogodfrey17@gmail.com at 7:42 AM No comments: