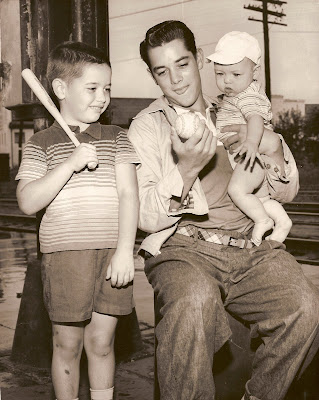 This is one of my all-time favorite pictures. It was taken 56 years ago....August of 1954 at the Depot (train station) in downtown Greensboro. That's me on the left. Those are my two brothers. My older brother, Bill, with the ball, had just returned from the Pony League World Series in Williamsport Pa. He is holding a home run ball he hit. That's my younger brother Eddy he is holding. He was born in February 1954. Pictures like this one remind me of the influences in our lives which mold us into the people we become.