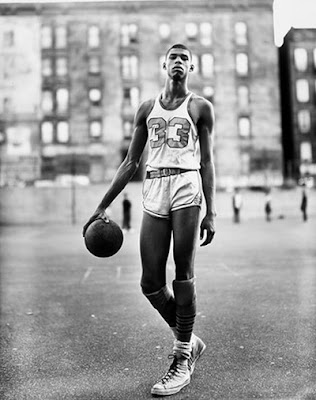 The all-time NBA leading scorer with 38,387 points. They tried to slow him down by banning the dunk in college (the dunk was banned from 1967 to 1976). He won three consecutive NCAA national championships in spite of it. He was quite a interesting and dominate 20th century athlete.......Kareem Abdul Jabbar.

Secretary of State Hillary Clinton recently named Jabbar as Cultural Ambassador for the United States. Louis Armstrong held that position in the Kennedy administration in the early 1960s.