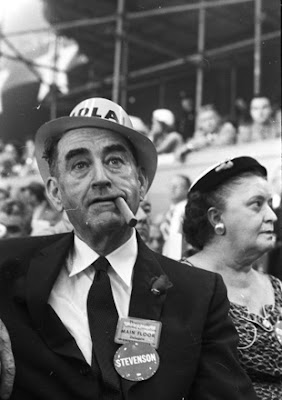 This is North Carolina Populist Democatic Governor (1949-53) W. Kerr Scott from Alamance County (served as U. S. Senator from 1954-58; he died in office). Here he is attending the 1952 National Democratic Convention in Chicago where the Democrats nominated Illinois U. S. Senator Adlai Stevenson for President and Mississippi U. S. Senator John Sparkman for Vice President.