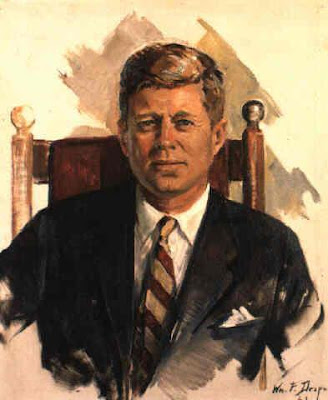 "Ask not............". He was the very definition of charisma........ Camelot...... the 35th President. He was the youngest to be elected to the office, age 43, the first person to be elected President who was born in the 20th century. He is one of those eternal American icons for whom a name will never be needed to identify. He ushered in such renewal, and such hope, for a new, more just America.

He was tragically, and unbelievably, assassinated on November 22, 1963 in Dallas, Texas, under circumstances which remain a subject of great mystery, controversy, suspicion, contemplation, and study.