A Poor and Misguided Olympic Experience 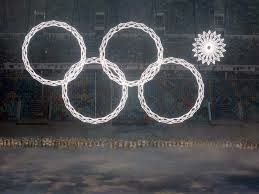 I am down on the Olympics.  It amazes me that NBC is so heavily invested in the event.  With a multi-billion dollar contract and all their major news anchors and resources invested and present, it does not seem appropriate for the level of interest I sense in the games.  I guess the TV ratings will indicate if I am getting a correct read.

We seem to have moved farther still from the original intent of the Olympics and the "Olympic spirit."  We have gotten away from competing and performing for the sake reaching one's potential and for the sake of friendly international competition.

It amazes me to hear of families sending age 12/13-year olds off to live permanently at Olympic camps, literally "mortgaging the farm", paying upwards of $40,000 per year for Olympics training at such a young ages.  Then, they 'borrow and beg" to be able to make trips to Olympic sites to witness the competition.  Maybe I'm missing something, but like so much else, this is another institution moving farther and farther from it's original objective, from it's mission, from reason.

This issue and dilemma, along with the Sochi Olympic contract corruption, the terrorist threat, the poor weather factor, the Russian position on the LGBT issue, all combine to make for a poor Olympic experience. Were it not for the huge NBC contract to broadcast it, it would be highly ignored, in my view.

Like so many other institutions, we need to rethink where we are with respect to the original intent of the Olympics.  The original mission was to "to build a peaceful and better world, one which requires mutual understanding with a spirit of friendship, solidarity and fair play."  Frankly, I think we have built a hyper-competitive, over-commercialized, American one-upsmanship, obsessive compulsive attempt to demonstrate misplaced and questionable American superiority.

In a new world of globalization, serious global economic competition, and electronic interactive connectivity, our focus, resources, and energy could be much better spent and our values much better shared and showcased.  I believe "average Joe American" will soon sense that as well.
Posted by bbogodfrey17@gmail.com at 11:38 AM