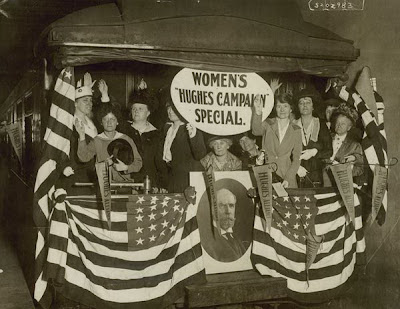 Here, women are campaigning on the back of a train for Charles Evans Hughes for President of the United States in 1916. He would go on to lose to Princeton University President Woodrow Wilson. Hughes would later become Chief Justice of the United States Supreme Court, succeeding William Howard Taft. Hughes also served as Governor of New York, and Secretary of State. He was a Republican and was renowned for his intellect and oratory skills.