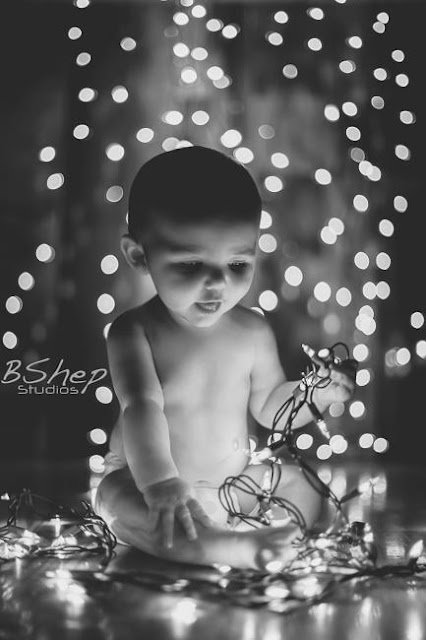 Brandon Shepherd is an excellent, talented photographer.  This is a photo of my beautiful granddaughter playing with Christmas lights which Brandon took.  If you are in the Chattanooga, Knoxville, or Atlanta regions, give Brandon a call.  His studio has a facebook page with his information.
Posted by bbogodfrey17@gmail.com at 7:44 PM No comments: 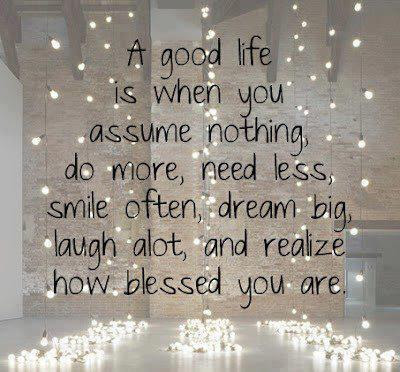 Posted by bbogodfrey17@gmail.com at 5:07 AM No comments:

"Happiness is not a matter of intensity--- but of balance and order and rhythm and harmony."~ Thomas Merton

"Out beyond our ideas of right-doing and wrong-doing, there is a field. I'll meet you there." ~Rumi

"The most important political office is that of private citizen." ~Louis Brandeis

"Once the game is over, the king and the pawn go back into the same box." ~Italian Proverb

"If you are going through hell.....keep going." ~ Sir Winston Churchhill

"You have to learn the rules of the game.....and then you have to play it better than anyone else." ~ Albert Einstein

"And in the end it's not the years in your life that count, but the life in your years." ~ Abraham Lincoln

" Two roads converged in the woods. I took the one less traveled, and that made all the difference." ~Robert Frost

"I never did give anybody hell. I just told the truth and they thought it was hell." ~Harry Truman

"Life isn't about waiting for the storm to pass. It's about learning to dance in the rain." ~Anonymous

"The essence of the liberal outlook lies not in what opinions are held but in how they are held: instead of dogmatically, they are held tentatively, with a consciousness that new evidence may at any moment lead to their abandonment." ~Bertrand Russell

"The weak can never forgive. Forgiveness is the attribute of the strong." ~Mohandas Gandhi

"A society grows great when old men plant trees whose shade they know they will never sit in." Greek Proverb

"My advice to you is not to inquire why nor whither, but just enjoy your ice cream while it's on your plate." - Thorton Wilder

"Let justice roll down like waters, and righteous as a mighty stream." Amos 5:24

"It's the mark of an educated mind to be able to entertain a thought without accepting it." - Aristotle

"The most important thing a man can do for his children is to love their Mother." - The Rev. Dr. Billy Graham

"Other than that Mrs. Lincoln, how was the play?" - Unknown

Some good cowboy advice..."never miss a chance to shut up." - A Texas cowboy to Rep. Joe Barton

Humans were the only species that refused to save themselves because it wasn't cost effective." Kurt Vonnegut

"Success is the ability to go from one failure to another with no loss of enthusiasm." -Winston Churchill

"We made too many wrong mistakes." Yogi Berra

"The truth is that our finest moments are most likely to occur when we are feeling deeply uncomfortable, unhappy, or unfulfilled. For it is only at such moments that we are likely to step out of our ruts and start searching for different ways and truer answers". Scott Peck

"In the South, the past is never dead, it's not even past". Falkner

"One of the marks of a gentleman is his refusal to make an issue out of every difference of opinion". - Unknown 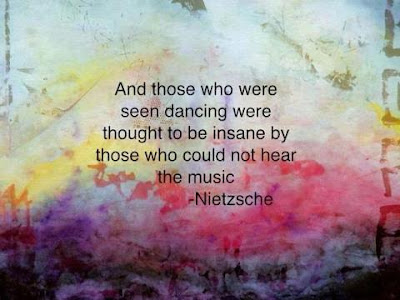 Posted by bbogodfrey17@gmail.com at 8:29 PM No comments: 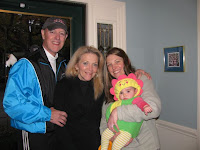 Today I'm reflective as Thanksgiving 2012 approaches.  I sit in Raleigh at my favorite lunch spot here next to a large bearded guy in jeans who I thought was a hippie/hillbilly.  He talks into an iPhone 5 and receives voice response back. Wrong.  I passed by PNC Arena as I came into town.  I didn't know it had changed names. Been to alot of hockey games in there.

I first started coming here to work 34 years ago, just after my 6-year tenure as a high school guidance counselor had ended.  That's 40 years in the marketplace.  Time has passed.  Raleigh was a good and a fun market to work 34 years ago.  I still have an account or two here. That's why I am here today.

It is so satisfying to still be 'in the mix' of the marketplace. Actually, after 40 years in the marketplace, it is my family, being out in the community, the internet and social media, reading, following politics and sports, spending time at Elon U in the winter and at the ballpark in the summer, and my church that give me the most satisfaction.

Heard a great synopsis on a new Evan Thomas' book on President Eisenhower on the way in on NPR. Looking forward to picking it up. Recently finished Steve Jobs biography, Grisham's 'The Racketeer', and still working on Caro's latest LBJ book.  Can't wait to get a new 17.3 in. screen windows 8 laptop computer soon which I've been shopping for.

I'm having a good run in the marketplace.  If I'm lucky it will continue for another 10 years.  As I mentioned first, it is my family of which I most proud and blessed.  My son does what he loves to do for the second highest profile governor in America.  My daughter is loving her role, and is doing an astonishing job, as a new Mother of my first precious grandbaby.  My wife does an amazing job balancing her work and her health and being a wonderful mate and friend.  I love my church and my faith and wish I were a more committed servant.

I am blessed as this Thanksgiving approaches.  There's nothing like stopping and reflecting on that which is right and good in your life, on where you've been and where you're going.  And if you end up next to a large bearded guy in jeans, don't be so quick to judge.  It's late 2012.  He's probably tweeting about you or headed back to work at a high tech company he owns.
Posted by bbogodfrey17@gmail.com at 10:27 AM No comments:

"We're mired in the mud even more because of hardness of heart than because of error or weakness of principle. Change always occurs from the center outward, beginning with a willingness for MY heart to be softened, even before it becomes incumbent upon the other person to change his or her seemingly wrong-headed position. Standing on principle is a great virtue, but rigidity and an unyielding spirit is a great weakness."

Posted by bbogodfrey17@gmail.com at 6:21 AM No comments:

Republicans Have Lost Their Way

The following is one of the best, most concise summaries regarding what happened to the Republican party on election day.  It is a comment in response to a piece in the Washington Post regarding how the party has lost it's ways.  I recommend the piece, but here is the comment:

"While rebooting back to Reagan is a nice try, you're still not understanding why you lost. You LOST, because America basically isn't interested in what the Republicans are selling right now. ...not just the really bad parts, like racism, xenophobia, billionaire worship, military adventurism, religious intolerance, and many other very bad things the Republican party embodies...

The Republican party is morally and spiritually bankrupt. You have no good ideas to salvage, and we're leaving you behind. You'll be losing by greater and greater margins in the future".

A Huffington post piece struck a similar theme.  Here the author points out:  "Mitt Romney could have easily won the presidential election if he and his party had realized that they were turning people off, according to Matt Taibbi.  Modern Republicans have so much of their own collective identity wrapped up in the belief that they're surrounded by free-loading, job-averse parasites who not only want to smoke weed and have recreational abortions all day long, but want hardworking white Christians like them to pay the tab.  Their whole belief system...is inherently insulting to everyone outside the tent – and you can't win votes when you're calling people lazy, stoned moochers."

That pretty well sums it up.  Heed GOP.  Soul search.  You're 'out to lunch' as a national party. We need a strong two-party system in America.

Posted by bbogodfrey17@gmail.com at 7:15 PM No comments: 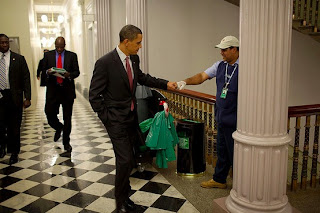 Posted by bbogodfrey17@gmail.com at 2:06 PM No comments: 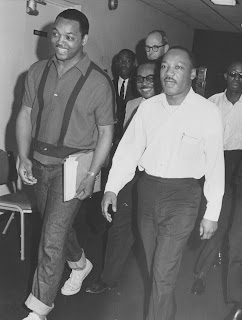 Posted by bbogodfrey17@gmail.com at 1:20 PM No comments: 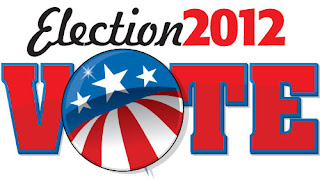 Tomorrow we collectively speak as Americans.  It is our most important day as a democratic republic.  The day attests to the fact that "the people" in America are in control.  Yes, you can be cynical and say that special interest money and 'the lies' and 'half-truths' of a campaign overly influence the process and skew the results.  But I feel strongly that the wisdom of the vast majority of Americans see through it and that the will of a more informed majority than ever before speaks.  I cannot imagine bright, educated Americans not participating in this nearly sacred process.

As for the result of the process tomorrow, America will certainly survive and more forward regardless of the result.  I do feel strongly that for the sake of health care reform, women's issues, a more fair tax structure, a continued committment to a strong central government, and for the sake of future Supreme Court appointments, an Obama win is critical.

It is a great process.  I'm glad I live in America.  I hope you vote.
Posted by bbogodfrey17@gmail.com at 6:22 AM No comments:

America's "Uncle Bill" and His Election 'Take' on Hurricane Sandy 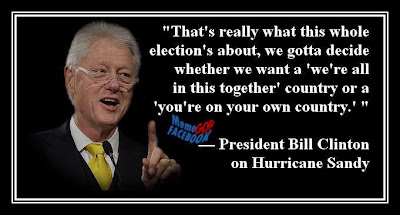 Posted by bbogodfrey17@gmail.com at 1:37 PM No comments: