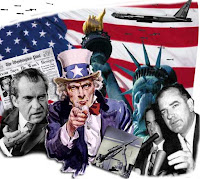 ~ Bob Godfrey
Posted by bbogodfrey17@gmail.com at 9:57 AM No comments: 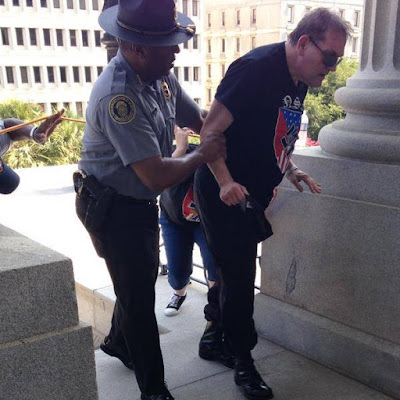 Above is a powerful photo which son Rob, Deputy Chief of Staff to the Governor of South Carolina, took with his cell phone during a KKK Rally at the SC State House this weekend, which continues to appear across the country, here at Philly.com.

Below is his original tweet which went viral; 5000 retweets and counting at this point (photo was included):
Rob Godfrey @RobGodfrey: ·
"not an uncommon example of humanity in SC: Leroy Smith helps white supremacist to shelter & water as heat bears down."

As an aside, Officer Leroy Smith is Major Leroy Smith, Director of the South Carolina Department of Public Safety and he sits on the Governor's Cabinet.  He is generally always in uniform, not coat and tie, working along side his fellow officers, so as to be perceived as an equal by them.

Such a poignant and inspiring image and tweet, as South Carolina continues to set an example for the nation of civility, forgiveness, and redemption.
Posted by bbogodfrey17@gmail.com at 9:19 AM No comments: 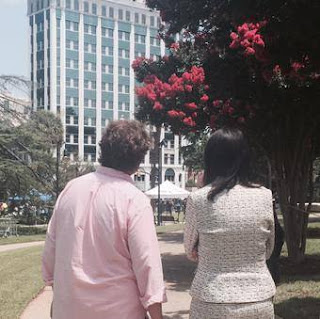 Lots of media around Columbia this week. But none of them noticed when Gov. Haley took an early afternoon walk on the grounds to observe the flag area, the day before the flag came down.......with son Rob. No words. 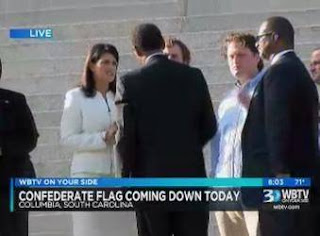 Gov. Haley, son Rob, and others doing a run-through before ceremony to take down the Confederate Battle Flag.  It's time. The war ended 150 years ago.
Posted by bbogodfrey17@gmail.com at 11:06 AM No comments:


Posted by bbogodfrey17@gmail.com at 8:24 AM No comments: 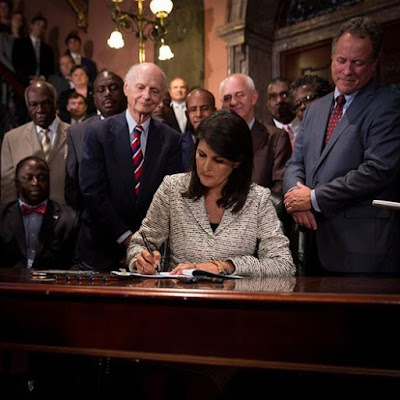 Posted by bbogodfrey17@gmail.com at 6:26 PM No comments: