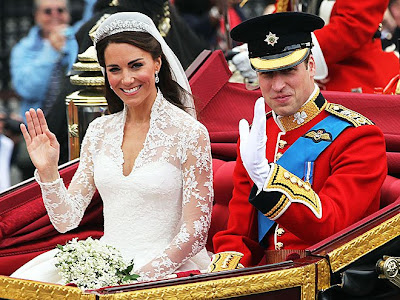 The Royal Wedding was impressive. The British are to be commended for continuing the tradition of the monarchy, a meaningful link to the past. The Duke and Duchess of Cambridge, to one day become the King and Queen of England, are delightful and impressive.
Posted by bbogodfrey17@gmail.com at 5:31 AM No comments:

Picture of the Day - Only In America 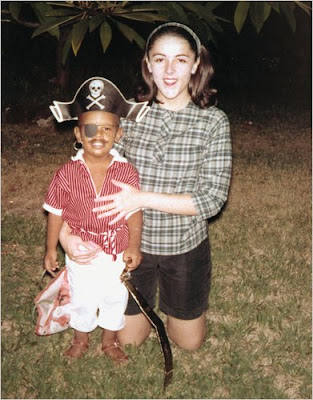 Only in The United States of America could this cute, bi-racial little boy, raised by this young, lovely, single mother shown, become President.

(Barack Obama and his Mother).

Posted by bbogodfrey17@gmail.com at 4:10 PM No comments: 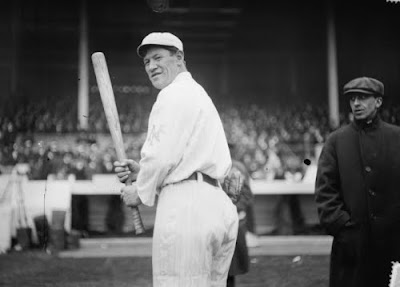 Jim Thorpe may very well have been the greatest athlete of the 20th Century. Thorpe won medals in the 1912 Olympics for the pentatheon and the decathlon, played collegiate and professional football, and professional baseball and basketball. He lost his Olympic medals and titles due to his participation in semi-pro baseball for two summers in Rocky Mount NC, thus violating amateurism rules.

It was said that college players back then regularly played professionally in the summer, but most used alias, unlike Thorpe. Although he was of Native American and European ancestry, he was raised as an American Indian. It has been often suggested that he was lost his medals due to his ethnicity. At the time Thorpe own his medals, not all Native Americans were considered American citizens.

During his time at Carlisle School, an industrial school in Pennsylvania for Native Americans, student ethnicity was heavily marketed. Sporting events were described as Indians against Whites, and headlines often contained such comments as "Indians scalp Army 27-6", "Thorpe on Rampage", and "Redskin Will Strive for Spot in Olympics". Supporters of Thorpe over the years attempted to have his medals reinstated.

In October of 1982, the IOC approved Thorpe's reinstatement. In a ceremony on January 13, 1983, the IOC presented Thorpe's children with commemorative medals. The Jim Thorpe Foundation was established and gained support of the U. S. Congress. In 1999, the Associated Press placed Thorpe third on a list of the top athletes of the 20th Century, behind Babe Ruth and Michael Jordan.

Above is a photo of Thorpe coming to bat at The Polo Grounds playing for the New York Giants in 1925.
Posted by bbogodfrey17@gmail.com at 7:37 PM No comments: