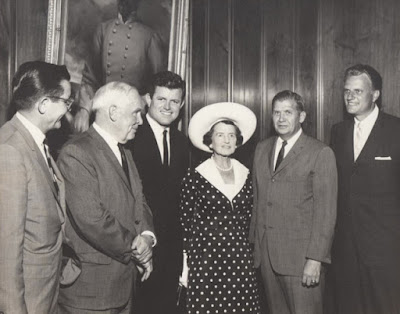 Posted by bbogodfrey17@gmail.com at 10:02 AM No comments:

I am not sure the White House or Trump senses the magnitude of their problem. We are on the verge of a huge, protracted national story and constitutional crisis related to the Russian / White House connection. Reporters, the opposition party, and smart, non-ideologically obsessed Republicans like McCain, Graham, Corker, and Blunt smell blood in the water. It will be the story of a generation, not dissimilar to Watergate. It is so evident, and of course, not a completely origninal thought on my part. Trying to insulate themselves by calling on conservative media for softball questions at press conferences, will not work. Fasten your seat belts.
Posted by bbogodfrey17@gmail.com at 11:24 AM No comments:

To Survive We Must Understand and Respect Change, Then Adapt 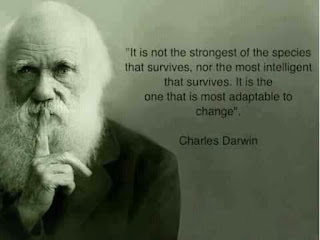 In Thomas Friedman's new book, "Thank You For Being Late; An Optimist's Guide to Thriving in the Age of Accelerations", he emphasizes that the planet's three largest forces--technology, globalization, and climate change are accelerating all at once. These accelerations are transforming five key realms: the workplace, politics, geopolitics, ethics, and community.  The reason it is happening is the exponential increase in computing power, that is, the release of the IPhone, advances in silicon chips, software, storage sensors, and networking.

A key to the future will be adaptability.  It is most interesting to me to observe the extent to which individuals, institutions, and governments adapt to, and embrace, change.  Friedman points out that Charles Darwin is often quoted as saying that, "it is not the strongest species that survives but the most adaptable". Actually, this quote emerged from a speech delivered by LSU business professor Leon C. Megginson at the convention of the Southwestern Social Science Association in 1963.  Megginson said:

"Yes, change is the basic law of nature. But the changes wrought by the passage of time affect individuals and institutions in different ways.  According to Darwin's Origin of Species, it is not the most intelligent of the species that survives; it is not the strongest that survives; but the species that survives is the one that is able best to adapt and adjust to the changing environment in which it finds itself.  Applying this theoretical concept to us as individuals, we can state that the civilization that is able to survive is the one that is able to adapt to the changing physical, social, political, moral and spiritual environment in which it finds itself."

This thought has profound implications for where we find ourselves in the second decade of the 21st century and for how we approach the accelerating, confusing, changing environment in which we find ourselves.  It saddens and frightens me to watch individuals and institutions refuse to recognize that adapting to a changing world is paramount.

May we not, as individuals or institutions, retreat or attempt to hang-on to a world which no larger exists, or at best, in terms of change, is rapidly accelerating. Adaptation will take clear thought, strength, intellect, courage, and strong religious faith,  May we grasp the concept put forth by Charles Darwin and Professor Megginson on adaptation, and embrace Thomas Friedman's plea that we understand clearly the rapidly changing world in which we find ourselves. Only then do we have a chance to continue forward in a civilized, productive, moral, and spiritual manner.