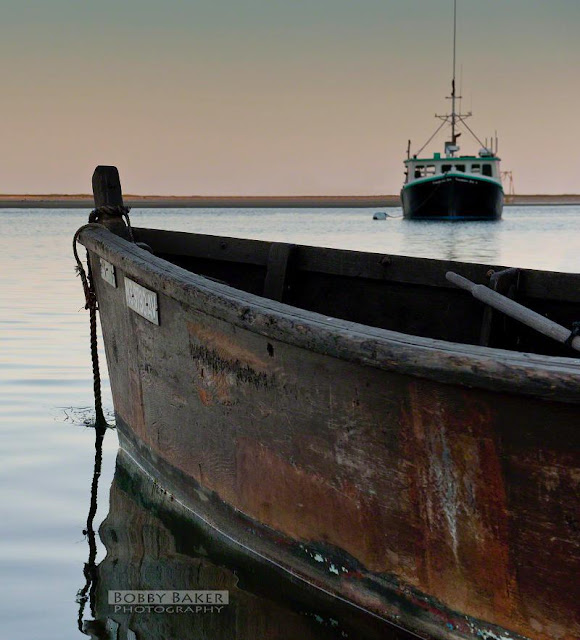 What a nice shot of a 'skiff' in Chatham Harbor on Cape Cod.
For two summers in the late 1960s, one of my first tasks in early June was to remove the small 'skiff', identical to the one above, from the boat house (one of six buildings on the estate of 4-star General Lucius Clay) and get it into the water on Oyster Bay in Chatham, Massachusetts, site of the grand estate on which I worked.  It is a long story, documented here.
A beautiful, tranquil scene, it is, one I likely had little appreciation for at ages 19 and 20.