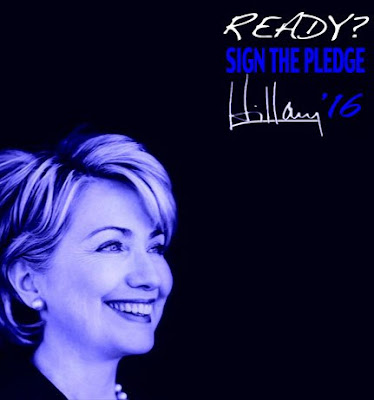 The 2016 Presidential election cycle will be historic.  A Clinton and a Bush will be once again be at, or near, the top of their respective party's primary process.  This means the Clinton and Bush family political dynasties, two of the most formidable and dominate in American political history, ranking up there with the Adams', Roosevelt's and Kennedy's, will be front and center.

Their political machines and apparatus will be front and center as well.  Their's are the last of the dominate political machines.  It will be an all-out ideological, cultural, and political war.  That's how we do it.  Actually, it's is very American.  We are competitive, we go all in.

2016 will be classic.  As much as many non-political types will dread it, it is who we are.  Among other things, once again, it will be two and a half year job interview by the American people.

The process is another 18 months away from taking off.  But then, fasten your seat belts.  It will be on.
Posted by bbogodfrey17@gmail.com at 7:45 PM