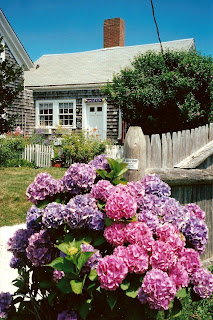 I disembarked the Boeing 737 at Logan Airport in Boston, the second week of June. It was my first plane flight ever. The landing over Boston Harbor was chilling.

I made my way to the bus station, bags and belongings in hand for the summer, the summer of 1968. I was to catch a bus out to Chatham,  on the elbow of Cape Cod, where I would play baseball and work for the summer, and one might say, awaken to a fascinating world.

Bobby Kennedy had just been shot and killed the week before. Boston was shaken. The Kennedy compound was only 15 miles from Chatham. Martin Luther King was shot and killed two months earlier. The Vietnam War was at its peak. There was unrest in big cities and on campuses. A Eugene McCarthy For President Headquarters was prominent on beautiful little Main Street in Chatham. The world seemed to be spinning. There was so much to process.

I had a job at Square Top, on Oyster Bay, the estate of 4-Star Retired Army General Lucius D. Clay. General Clay, a decendent of Henry Clay, had been General Eisenhower's number two man in Europe during WWII. He had been Governor General of post-war Germany. He was a founding partner at Lehman Brothers on Wall Street, and he only came to The Cape from NYC on the weekends. Every Friday, Wolfgang, the Butler (a refugee from Berlin), would pick him up at the airport, and upon his arrival at the estate, he would visit with me briefly and pay me in cash out of his pocket.

I was in Chatham to play baseball, as I mentioned. There was a summer collegiate baseball league on Cape Cod (the best one in the country) and I had been invited to play for Chatham. It was quite a team. Thurman Munson caught part of the summer, and Steve Stone and John Curtis pitched. Bobby Valentine was slated to come, but was a no-show. Those four, and a few others, enjoyed stellar big league careers. Players were there from all over America. My roommate was Bob Wolfe, a pitcher from Princeton, whose Dad was the PR man for Madison Square Garden and the voice of the NY Rangers. He came and took us out to eat a number of times.

So there I was, turning age 20 in August, this kid from North Carolina, working on the estate of the Clays on Cape Cod, attempting to compete at a high level in the sport I loved, in a world that was capturing my attention and my imagination. To complicate things further (or ease the confusion.....I'm not sure which), a young lady came into my life very early in the summer. She worked in a candy store on Main Street next door to the McCarthy for President Headquarters. I had little social contact with the opposite sex up to that point in my life. She became a wonderful friend and we were together for that summer and the two summers following.


Late August rolled around quickly. I was beginning to reflect on a summer of exploring The Cape and Boston, of playing the game I loved as best I could, of getting to know the Clays, of my time at Square Top, of watching and listening to the sounds of a world which appeared out of control. During the last week of August, my friend and I watched the Democratic National Convention from Chicago from the room on Main Street she had rented for the summer on Cape Cod. The convention was turmultuous, violent and out of control.

I returned to North Carolina after Labor Day. I felt a little like Dorothy. I was glad to be back in my little Kansas......from quite a summer.......one of the first legs on life's journey.