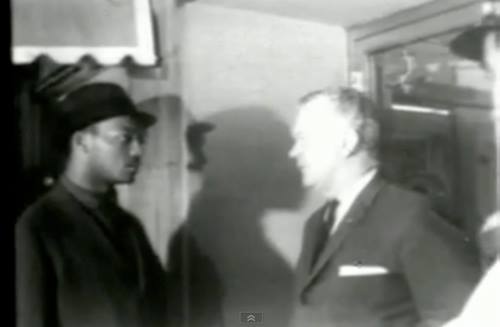 Here, Jesse Jackson, President of the Student Body and quarterback on the football team at NC A&T State University in Greensboro, confronts Boyd Morris, a former mayor of Greensboro and owner / operator of the Mayfair Cafeteria in downtown Greensboro.

The image was taken in 1962.  The story is all too familiar from that era.  Jackson wanted service for his fellow students and for his race. As with so much of white America in 1962, Morris wanted the status quo. As we know, thankfully, Jesse prevailed.  It was quite a time.  Most of our issues and concerns today pale in the face of a struggle for civil and human rights.
Posted by bbogodfrey17@gmail.com at 10:03 AM