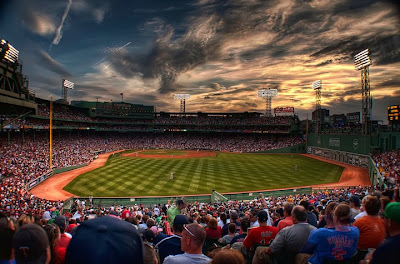 This is the great Fenway Park in Boston. I am a Yankees fan, but I love Fenway. It is the oldest ballpark in America, having been built in 1912. I have been there many times, especially when I played in the Cape Cod League and when I worked for John Hancock which is headquartered in Boston. For me, baseball season rolling around, just as with the seasons of the year, signals life's continued orderly flow. Play ball!!