ThePoint's Choice as 2011 Picture of the Year 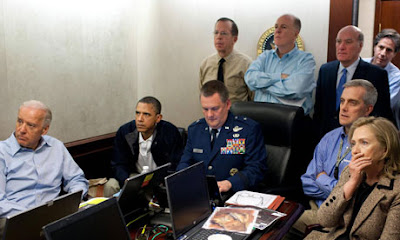 This is the widely viewed photo of the Barack Obama national security team watching the progress of the Navy Seal team's mission against Osama Bin Laden. The mission resulted in the death of Bin Laden.

ThePoint is pleased to select, by a wide margin, this image as it's choice for 2011 Photograph of the Year, due to the critical nature of the setting and the mission, which is no doubt captured in the image. This picture is the essence of superior photojournalism.