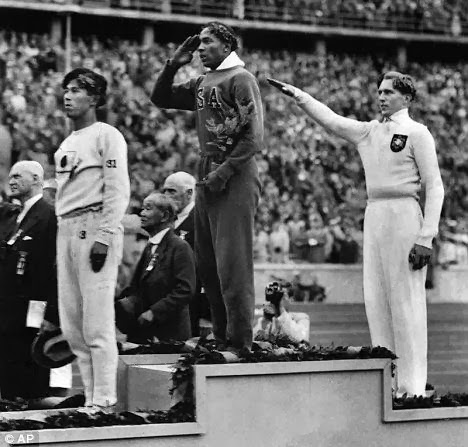 A couple of interesting tidbits, after a NYC parade honoring him, Owens had to ride the freight elevator at the Waldorf Astoria to reach a reception honoring him.  In addition, President Roosevelt never invited Jesse Owens to the White House following his triumphs at the Olympics as Roosevelt was afraid that he would lose southern votes in 1936, an election year, if he hosted and honored an African American man in the White House, a low, non-courageous point for a generally courageous FDR (though it says as much about 1936 America as it does about FDR).
Posted by bbogodfrey17@gmail.com at 6:24 AM