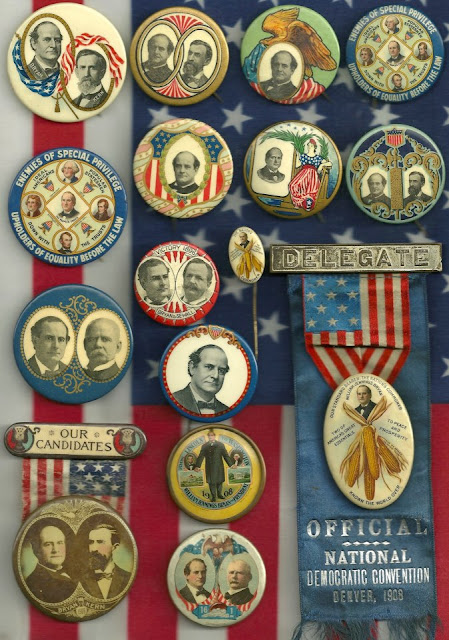 Just a stunning group of Bryan's which I had to post.  Belonging to a friend (I have some nice Bryan's), these are superior.
A great early 20th century member of the Democratic Party, Bryan stood three times as its candidate for President of the United States (1896, 1900 and 1908), never being elected. He served in Congress briefly as a Representative from Nebraska and was the 41st United States Secretary of State under President Woodrow Wilson (1913–1915), taking a pacifist position on the First World War.
With his deep, commanding voice and wide travels, he was one of the best known orators and lecturers of the era. Because of his faith in the wisdom of the common people, he was called "The Great Commoner." Bryan's participation in the highly publicized 1925 Scopes "Monkey Trail" served as a capstone to his career, as he was opposing counsel to legendary Clarence Darrow.﻿