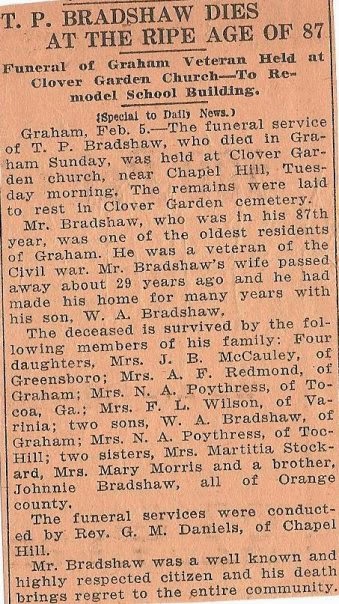 Well, on this, the 150th anniversary of President Lincoln's assassination, it is fun and interesting to reflect on the fact that our family was and is connected, as were most southern and northern families who were in America at that difficult time, to the Civil War and events surrounding it.  Below is a brief family reflection.


This is a response to a question put to me by my son on this day:  "Dad, didn't MawMaw used to say she had a family member who could remember and would tell them about when President Lincoln was assassinated?"

My Mother's dear grandmother, Nancy Ann Poythress, Mama Lois' and Aunt Annie's Mother, was born April 14, 1863 (I have the family Bible for documentation), two months after the Battle of Gettysburg and two years, exactly, BEFORE President Lincoln's assassination, which, as you know, occurred 150 years ago today, April 15, 1865.

Mother loved her Grandmother Poythress dearly (Grandmother Bass, not so much :)) and talked about her so very often as an adult, and my guess, was constantly at her knee as a child.  Mother loved her so much that, as a three-year old in 1921, she absolutely refused to move with her family to Toccoa Ga., where Warren was born in 1922, unless Grandmother Poythress came along with them as well. (And she did, and lived with them in Toccoa.  Before this, Mother and Grandmother Poythress were staying with Aunt Annie Poythress Webster and her husband Rudolph 'Rude' Webster in Richmond, as you know, the national Confederate capital during the Civil War, the place Lee and Grant met in 1865 to draw up the conditions of surrender before executing them at Appomattox Courthouse, halfway between Richmond and Roanoke). 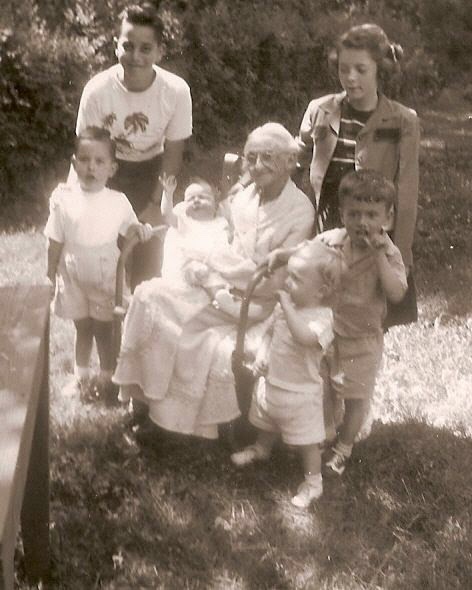 So it is very likely that Mother heard many stories and reflections of Lincoln's assassination at the knee of her dear Grandmother Poythress, from what Grandmother Poythress recalled as 2-year old, as well as from what she heard from others.  (We definitely have memories from when we were age two;  I recall clearly the day of Graham Murphy's death, when I was age two, and his body being transported from my Grandmother's house, 628 Summit Ave. ; I lived two houses away).

Peace be with you, Daddy.

PS  Above are two pictures of Grandmother Poythress and the obituary for my Great Great Grandfather, T. P. Bradshaw.  He was my Great Grandmother Nancy Ann Poythress' (who we have been discussing) father.  As you see, further supporting our speculation of discussion of Lincoln's assassination, he was a proud veteran of the Civil War.  Also, as you see, Nancy Ann Poythress' residence in the obit is listed as Toccoa Ga. further supporting the wonderful story of Mother's refusal to move to Toccoa unless her grandmother came along.  As you see also, the final paragraph indicates my Great Great Grandfather was a "highly respected citizen" and his death brought regrets to the entire community.  Thankfully!

(Grandmother Nancy Ann Poythress, according to Warren, died in 1952 at age 89.  She was long divorced from her husband, Thomas Poythress, who was a traveling piano tuner by profession).