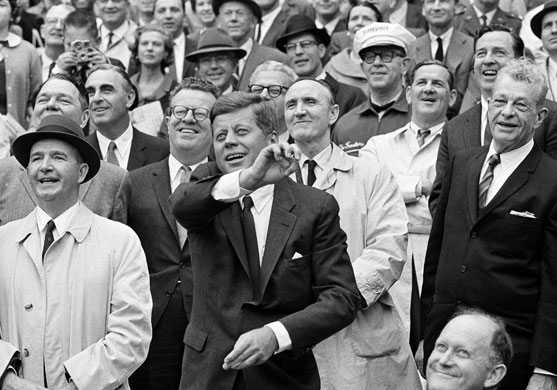 (Correction:  After seeing blog, friend Tom Huston, high-level aide in the Nixon White House, indicates that, actually, Arthur Goldberg was Secretary of Labor and subsequently an Associate Justice of the Supreme Court during JFK's administration. LBJ named him UN Ambassador in 1965, three years after this photograph of him in the President's entourage`, to get him off the court to make way for Abe Fortas).
Posted by bbogodfrey17@gmail.com at 5:33 PM