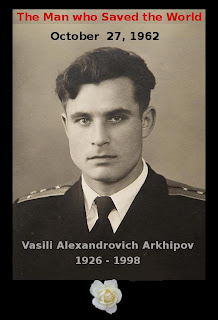 Raise a glass to Vasilli Arkhipov - the Man Who Saved the World.
Posted by bbogodfrey17@gmail.com at 10:47 AM