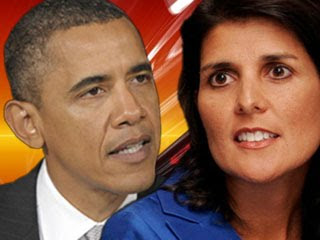 These are two very intriguing political figures in 2010. To a large extent, the jury is still out on Nikki. She has such tremendous potential and appears to have all the necessary leadership qualities and attributes. I am very excited about following her progress and leadership.

For President Obama, his work is cut out for him in the new congressional climate. I wish him great success as 2012 approaches. He too is a most exciting leader whose political skills will be tested greatly over the coming months. So much in the world depends on his success.